Every year we invite filmmakers from across Austrlia and the world to submit their latest animation films.

Applications typically opens in November. They close in January for international films, and February for Australian films.

The Melbourne International Animation Festival (MIAF) is one of the largest animation festivals in the world. It usually screens around 400-450 films each year in competitive, panorama, student, curated and retrospective programs.

Films submitted to MIAF are automatically considered for each of these festivals. These other events will send you a separate and specific invitation if they wish to invite your film.

We will retain all submission materials. We use this for our archive, for Australian federal film classification exemption purposes and for reference in programming partner festivals.

Each year Entry forms are avalibe from November.

There is NO fee to enter.

There are no limits to how many films can be entered. But, each film needs a separate Entry Form.

Each submission must provide acceptance of MIAF Regulations. We must receive this from a person that owns the rights of the film (including music/soundtrack rights) and that have the authority to enter it into MIAF.

Your film should have been completed after 1st of January of the year before screening. For example, a film completed on 26 February 2020 would be eligible for MIAF 2021, but not for MIAF 2022. The Festival Director reserves the right to grant exemptions to this criteria in exceptional circumstances.

Films need to be in a format that can be viewed by pre-selectors and the jury members. Our order of preferance is as follows:

We strongly recommend PAL / All Regions formats for submissions. This is to ensure the highest chance of being playable.

We are unable to accept any tape based formats or Blu Ray discs for the entry process or as screening versions.

Pre-selection decisions regarding all entries are made by the Festival Director, relevant advisors and a pre-selection committee.

The full selection process can be a relatively lengthy one. We attempt to finalise all invitations for selected films by the end of March.

All selected films will receive a formal invitation from the Festival Director.

All unsuccessful films will receive notification via email.

The screening order of each program and the program in which each film is screened will be at the sole discretion of the Festival Director.

You may also provide a DCP if you wish. But, a digital file must still be supplied as a back-up.

All DCPs need to be sent to MIAF at the filmmakers expense on a USB Stick (or pen drive).

Unless otherwise agreed at the time of invitation, all DCPs will be open and NOT require a KDM.

We will return DPCs to the filmmakers at the completion of the festival. We will do this by regular airmail or forwarded to another destination nominated by the filmmaker.

You can submitt your film via the Entry Form. 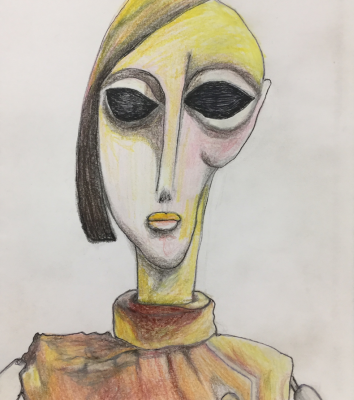 END_OF_DOCUMENT_TOKEN_TO_BE_REPLACED

Today we are super excited to annouce the opening of film submisisons for MIAF 20][21.[…]