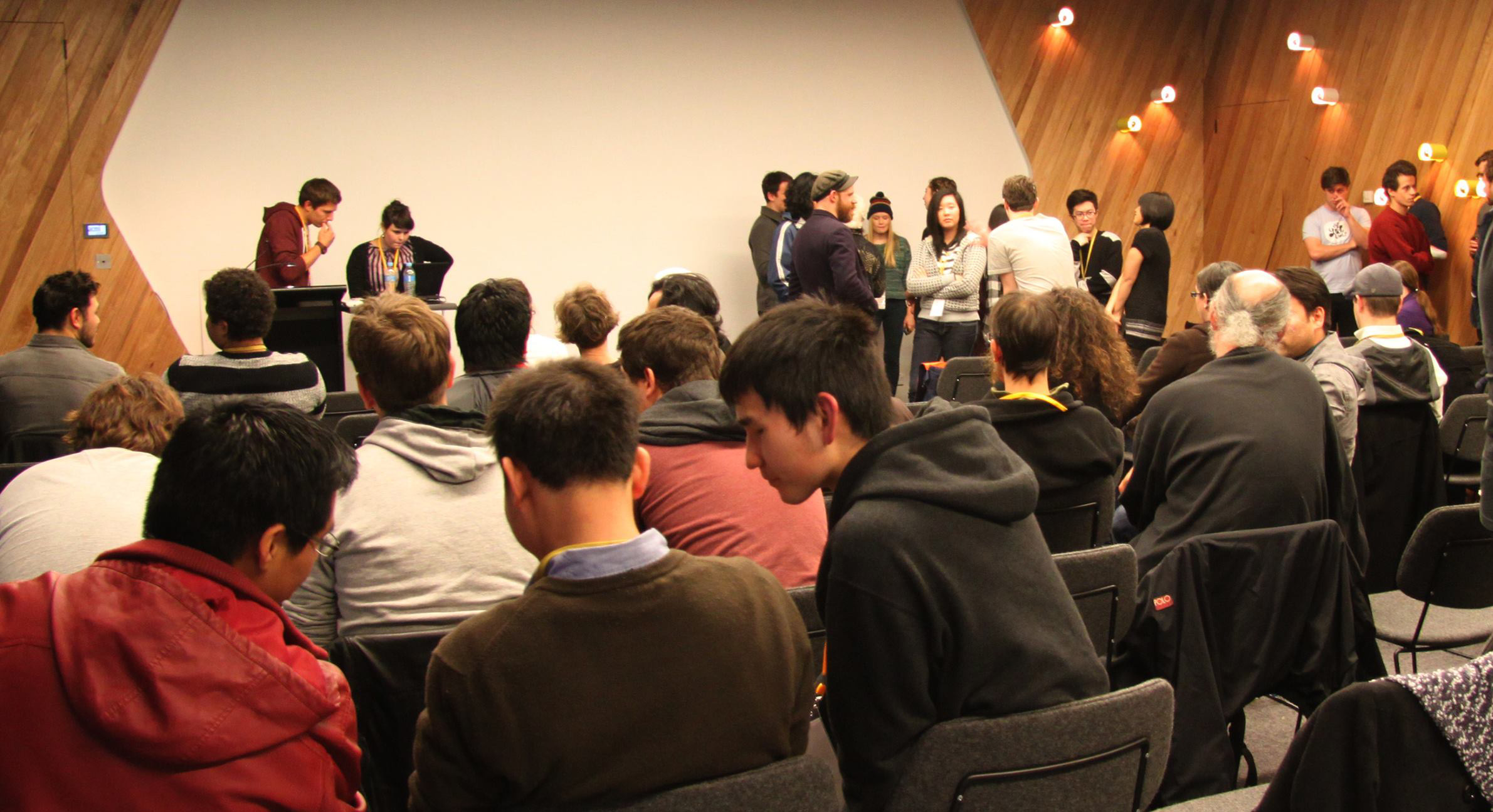 Learning to Earning: Pathways to a Career in Animation_2019

Our annual mini ‘pop-up’ conference for everybody wondering what a career in animation could look like. Short, sharp presentations, film screenings, case studies and keynote speakers.

Harrison Tribe – “Project Redleaf”
Project Redleaf is a mentorship group of Animation and Arts students collaborating in their spare time to make short animated films. They will speak about being new to the industry and the importance of finding like-minded people to work with. They expect their first film to be completed early next year. Thanks to Creative Geelong and Pillowfort Creative for their mentorship.
Check their Facebook Group.

Ruth Richards – “Animation and Feminist Theory”
Ruth Richards is completing her PhD in animation and feminist theory at RMIT University in the School of Media and Communication. Ruth will talk about some aspects of her thesis research—the ways we can understand the historical contribution of women in animation, and the possibilities for feminist animation going forward into the future.”

Alex Karaconji – “Morning And A Day In The Artist’s Life”
Alex Karaconji was born in Sydney, 1989. He completed his Masters of Fine Arts in 2016 at the National Art School. Since 2015, Alex has been working on an animation trilogy that encompasses a single day in the artist’s life. The first animation in this trilogy is “Morning”. The second animation is “The Flaneur”. And the final animation is “Night Works”. As a trilogy, these animations portray what Charles Baudelaire once described as the ‘epic side of actual life’.

Edan Prior – “Ageless Guardians – Graduate Project”
Edan Prior is a 3rd year Bachelor of Animation student at Swinburne University of Technology. She is leading a team of multi-disciplinary students working on their final-year animation project “Ageless Guardians”. The project is a real-time, CG cinematic with a heavy fantasy influence. Edan will outline the trajectory of the project to date which has seen it go from raw idea to ready for full production.
instagram and twitter: @furiousmoss and lumiink.artstation.com.

James Cunningham – Key Note Speaker
James Cunningham’s long and successful career in animation has seen him directing and supervising 15 Visual Effects or Animation driven short films. His films have received nominations at Cannes, Sundance, SXSW and recently took out prizes at ComicCon, Bucheon and Prix Ars Electronica. He was a technical director on Lord of the Rings and has a Master of Fine Arts in digital animation from Elam School of Fine Arts (Auckland, NZ).

Director of more than a dozen animation and live action/VFX short films, James Cunningham will share his approach to making animation VFX short films, advice and observations on making short films, the medium, the structures, the styles, the stories and how to get them out there and be seen.