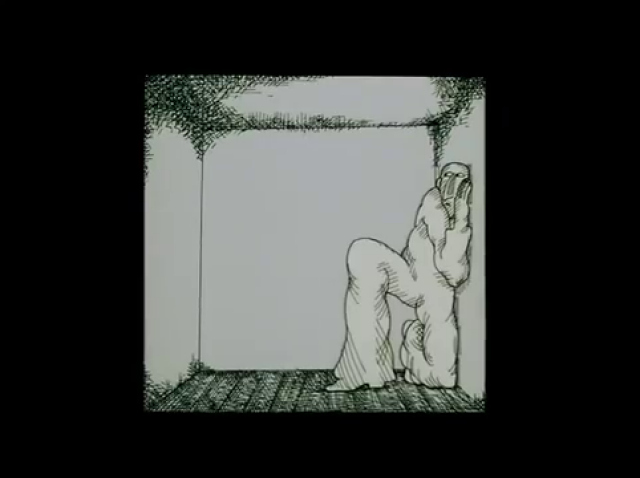 The Pannonia Studio has a fascinating history. Formed in 1951 in communist era Hungary, it produced hundreds of animated shorts and more than 20 animated features – including the classic “Son Of White Mare” by Marcell Jankovics. The animated shorts being made at Pannonia were absolutely unlike anything else being made in communist Eastern Europe. Some of them seemed to offer a surprisingly sharp social commentary and many of them burst with a colourful and psychedelic or surrealist energy.

Pannonia Studio Showcase #1
It’s A Mad, Mad Pannonia World packs in a collection of hallucinogenic chronicles of decadence, irreverent visual analysis of social mores or insightful fever dreams of life in Hungary through the eyes of the artists who created them.

Hey, You
Peter Szoboszlay
Hungary, 7’00, 1976 (NL)
Aggression bears aggression. An insightful depiction of how the persecuted becomes the persecutor.

Sprinkling
Bela Wejsz
Hungary, 3’02, 1989 (NL)
It is Easter Monday and a girl-mouse is surprised – to say the least – to find elephant boys outside her door.

Wavelengths
Gyorgy Kovasznai
Hungary, 9’20, 1970 (SL)
“A tour de force of madness, psychedelia, poetry and painting.”* From out of the ether the most diverse sound impressions come gushing in.

Parade
Jozsef Gemes
Hungary, 5’00, 1969 (NL)
Within the magnificent insanity of a massive parade march individual styling can only lead to chaos.

Car With Seven Dots
Zsolt Richly
Hungary, 7’36, 1973 (NL)
An urban boy-racer decides to explore the wonders of nature in his VW Beatle which turns out to be a little red ladybird with seven dots.

Gobble Gobble
Istvan Banyai
Hungary, 5’57, 1976 (NL)
The story of a man who went out to have dinner in a fine restaurant but ended up eating the whole universe.

The Kidnapping Of The Sun And The Moon
Sandor Reisenbuchler
Hungary, 11’13, 1969 (NL)
The Sun and the Moon are stolen by a vicious creature. Can the people get back what they need for their lives?

Tales From The Art World
Gyorgy Kovasznai
Hungary, 10’15, 1965 (Subs)
The unpredictable, crazy spaces in which artists make and break their work.

Order In The House
Peter Szoboszlay
Hungary, 4’52, 1970 (SL)
A surrealist satire describing the power that is used to dehumanise and deny individual liberties in the name of order and the common good.

Ossztanc
Peter Szoboszlay
Hungary, 5’23, 1972 (NL)
A hallucinogenic intersecting of classical music and utterly mad tangling of ideas it inspires in the right kind of minds.