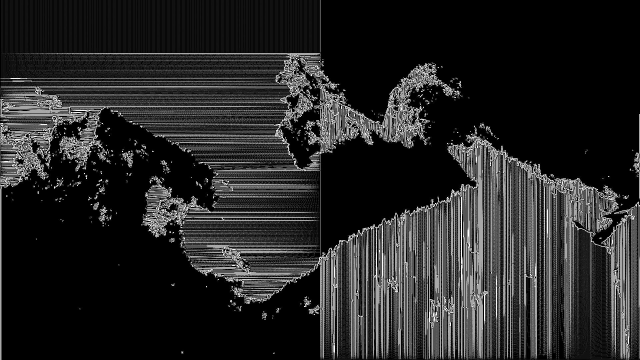 MIAF prides itself on ensuring abstract and experimental animation stands tall as part of the mix of animation on show. As usual, our annual Abstract Showcase brings the best of this vibrant animation genre to the big screen.

Twilight
Richard Reeves
Canada, 2’00, 2018
An exploration of the relationship between sound and picture inspired by the two lights (twi-light) found inside film projectors.

Down Escalation
Shunsaku Hayashi
Japan, 7’24, 2018
A precariously constrained descent into the abstracted DNA of a subterranean cityscape.

Aerobie
Bastien Dupriez
France, 3’51, 2017
With a rushing smear, a cyclist begins his race.

Fly Us To The Moons
lia
Austria, 6’00, 2017
A swarm of forms, reminiscent of alien spaceships or mechanical bats suspended in space.

Guidance
David Delafuente
USA, 4’00, 2018
The function of the wrestler is not to win. It is to go through the motions that are expected of him.

VIVAldi VVinter
Theodore Ushev
Japan, 9’48, 2018
A deep dive into a snowstorm of structural chaos and a blizzard of exploding gestural animation.